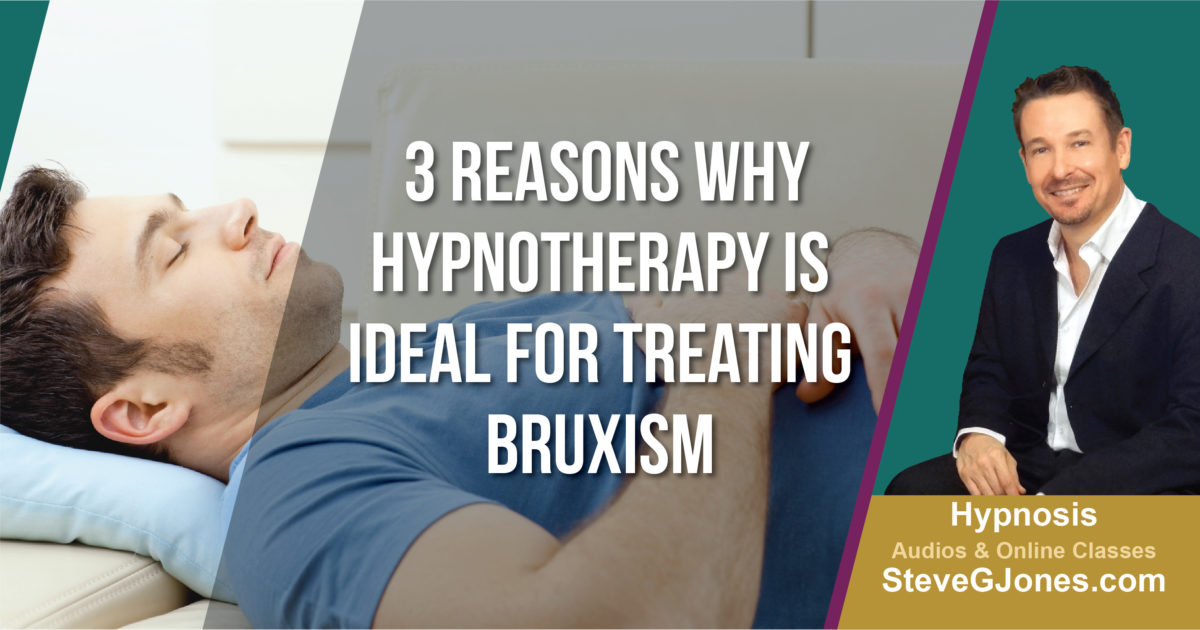 Have you been woken up with headaches or jaw pain?  Or maybe you received news at your last dental appointment that you were at risk of needing costly and possibly painful procedures, due to a deterioration of your teeth? There’s a good chance that bruxism is the cause behind your concerns.  And while most people suffer from it occasionally, for about 8-10% of the population, it becomes a potentially debilitating chronic health issue.

Bruxism is a medical condition characterized by teeth grinding and clenching of the jaw, especially when sleeping, although it is observed in some people during wakefulness. Although many people with bruxism can get away with grinding their teeth to a certain degree without suffering any negative effects, persistent grinding and clenching can cause dental damage, jaw pain and may even lead to chronic headaches. It’s not a stretch to say that bruxism can impact your overall quality of life.

Why Does Bruxism Happen?

It’s not exactly clear why some people are prone to grinding their teeth while sleeping. It doesn’t help that sufferers are often unaware of the problem, learning about it only when they’re sleeping with a partner or seek medical help for the associated symptoms.

There are actually two different categories of bruxism, primary which occurs without any known underlying causes, and secondary which is the symptom of another medical or psychological condition. Secondary bruxism is believed to be the most common form due to the fact that studies have found that it is rare for a person to present with bruxism without any of the known or suspected causative factors.

Doctors and psychologists theorize that bruxism has a strong connection with stress and anxiety. For example, it’s believed that if you have a habit of clenching your jaw or gritting your teeth when under stress, which is a form of bruxism itself, that this may carry over into your sleeping habits. Another theory is that teeth grinding works much like thumb sucking, providing an almost soothing effect.

While we still may not yet understand all the possible root causes of bruxism, the medical community in general has settled upon a consensus that it’s caused from a combination of stress, psychological, lifestyle and possibly even genetic factors.

There is no known “cure” for bruxism. By that we mean that you’re not able to go to the doctor and be prescribed a remedy that will magically cause bruxism to disappear. There are however things that can be done to alleviate that root causes of bruxism and in some cases minimize the physical damages that the condition produces.

Many of the conventional treatments of bruxism center on lifestyle habits that reduce triggers. For example, taking steps to develop a more restful, regular pattern of sleep. This might include things like going to bed and waking a set times every day or participating in a relaxing routine before bed, as well developing a regular meditation or yoga practice to reduce stress and tension.

If you’re suffering from bruxism, it’s also important to try and identify and eliminate stimuli that might be contributing to the condition. For example, a cup of caffeinated coffee or an alcoholic drink after dinner in the evening. If you’re someone who frequently chews gum or hard, chewy foods you might want to try to eliminate those as well in an effort to train your jaw how to relax. Remember that what you do during the day follows you into your sleep.

With all of this in mind, what most experts can agree on is that bruxism is an unconscious habit. And it’s precisely for this reason that hypnotherapy has emerged as a viable form of therapy for bruxism.

Research indicates that hypnosis for weight loss and other issues shows some promise. But, will it help for brusism?

The Bruxism Association lists hypnosis under their clinically demonstrated methods of treatment for bruxism. Research studies indicate support for this claim. A pilot study published in the American Journal of Clinical Hypnosis found that of the eight patients exposed to hypnotherapy sessions, all “showed a significant decrease in EMG activity; they also experienced less facial pain and their partners reported less bruxing noise immediately following treatment and after 4 to 36 months.”[2]

This evidence has been provided because your health is important, and you should think carefully and research any treatment options that you pursue. For people who suffer only occasionally with bruxism, this might not seem like such a big deal. However, for chronic sufferers, bruxism is in fact very serious and can quickly spiral into cascade of other health conditions if not treated. Considering the multifaceted nature of bruxism, the best approach is a holistic one, like what can be found with hypnotherapy treatment.

Before going into why hypnosis is so beneficial for bruxism it’s important to understand what hypnosis really is. If your bruxism is caused by stress, anxiety or tension, as is the case in so many instances, considering a treatment option that you know nothing about might only make matters worse.

First, hypnotherapy does not bring you to the point of being unconscious. This is a common fear and misconception that many people have. You are still awake, but very deeply relaxed. This state of relaxation allows you to tap into your subconscious mind and address the issues related to bruxism that reside there. Hypnosis involves no loss of personal control, nor will you be encouraged to do anything you don’t feel comfortable with.

Just imagine being so completely relaxed that you were able to separate yourself from your worries or anxieties. This is hypnosis.

We’ve discussed how stress and anxiety are the primary causes of bruxism but eliminating them and their effects isn’t always as easy as meditating for 10 minutes every morning. In many cases, stress and anxiety are deeply ingrained, lifestyle coping mechanisms. The solution to bruxism involves more than quitting your high stress job or getting more sleep. You might also need to go deep within yourself to treat and heal the reasons why your body and mind react with stress and anxiety in the first place.

To further explain the potential benefits of hypnosis, below are three factors that make hypnotherapy an ideal solution for relieving the symptoms of bruxism.

Is Hypnotherapy the Only Answer for Bruxism?

While hypnosis can be a good form of therapy to relieve bruxism symptoms, patients should still seek the medical advice of their healthcare provider before seeking any form of treatment, including hypnotherapy.

Whether or not your healthcare provider agrees with hypnotherapy as a viable treatment option isn’t necessarily the point. Hypnotherapy has been proven to be effective for treating many medical conditions, and more doctors have begun including it in their range of care. This includes those in the dental profession who have witnesses first hand the damaging effects of bruxism.

That said, not every health care provider will be on board, and that’s ok. Hypnotherapy, when guided by a qualified professional either through an office visit or audio recording, is considered a safe and gentle form of therapy. Still, you should at least speak with your provider about your thoughts regarding hypnotherapy and have a discussion about the benefits that you hope to receive.

Additionally, a good health care provider will want to do an overall assessment to make sure there aren’t any underlying health issues that could be causing your bruxism. For example, while anxiety and tension might be causing your bruxism, those symptoms could be signs of something more serious like hypertension or heart disease. Everything in your body is interconnected, and the best approach to bruxism is one that treats the body along with the conscious and unconscious mind.

If you’ve been thinking that your nightly teeth grinding is just a bad habit that isn’t worth seeking treatment for, you’re wrong. Even occasional bouts of bruxism can have damaging effects. Bruxism can lead to debilitating jaw pain, chronic headaches, loss of teeth and can have devastating financial consequences.

While a dentist or other medical care provider can treat the physical effects of bruxism, they’re limited in what they can do to treat the real root cause. We’re not talking about masking the root cause when medications or preventing further damage with dental implements. We’re talking about addressing the reasons that bruxism is an issue in your life in the first place.